Croghan Hill is the remains of an extinct volcano in County Offaly. Croghan Hill is 234 metres high.
The mound, on its summit is thought to be a Bronze Age burial place.

On its southeast side is an enclosed graveyard which marks the spot of the 5th century early Christian church associated with Bishop Mac Caille. As a sacred mountain it was one of the first places in Ireland to be Christianised.
It is said that Bishop Mac Caille’s mother was St Darerca, sister of St Patrick. St.Mac Cailles Church has a strong associations with St. Bridget. St Bridget was born near Croghan Hill and received her veil from St.Mac Cailles.

It is not known when the Church stopped been used. The stones that were used to build St.Mac Cailles Church where later used for the wall around the graveyard. The religious significance of the site continued through its use as a graveyard.

A Holy Well dedicated to St Patrick is located within 500 metres. According to Folklore St Patrick climbed the Hill. His horse jumped half way down the Hill and hit a stone, which sprung into a well. The horse drunk from the spring and left a knee print on the stone. People say if the stone is taken away it will return to its rightful place. You cannot boil the water from the well.

​Every St Patrick’s Day (17th of March) there is a local pilgrimage to the site, where people pray and drink from the Holy Well. 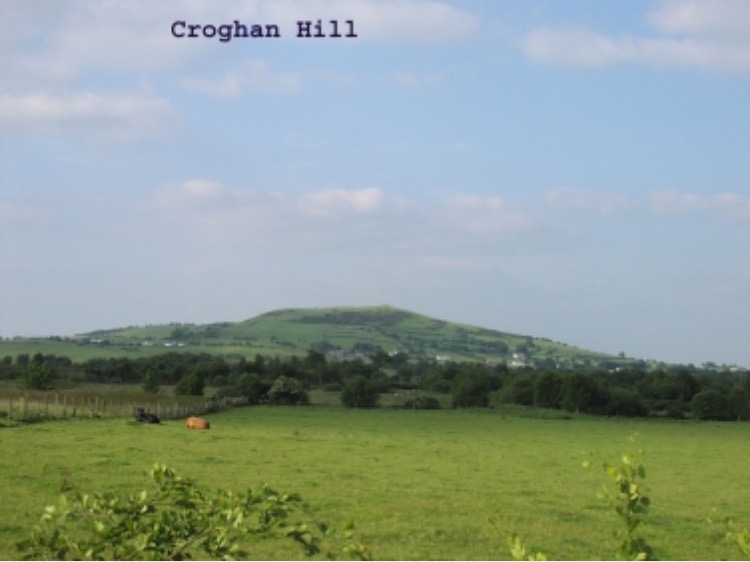